Yet again Blogcast 2 on Soundcloud should you wish to listen rather than read, just press play, bearing in mind that you will still have to follow the text as the videos will not play themselves...

A very good day to you all.

I said last week i was going to write about a track that i composed and the character i created that performed it, well.. i am... writing about that... but i've decided that that is quite a long Blog, it encompasses quite a collection of thoughts and events and influences that make it a difficult ask to write a cohesive and engaging piece in a week, so it is coming, slowly... burning away, like a joss stick in a vacuum, but i will have to deem it right, before i unleash it on the world, it deserves that and i am sure you feel you deserve that also... and hey, i think you do too. ;)

So if we are to follow the history of tracks, as i remember them, then we should continue along those lines... As Marvin might of said: 'Why stop now, just when i'm enjoying it...' And who could argue with that.

Two tracks merged from one... When writing, composing... call it what you will, distractions are everywhere, none more so than the interference of your own line of thought, playing a piece of music, fiddling with chord sequences and playing it over and over until a new spark hits, the new chord that will open the song, give it wings and lead you to the next and the next... well sometimes you hit a chord or a riff or sequence that doesn't fit, doesn't work, doesn't go, doesn't smell the same as the rest but tangentially leads you elsewhere, this happens often, which is why i have hundreds of unfinished ideas but yet i am always looking for a new one. But on this, a new sequence lead to another song. The song i was working on was 'Just let it Go' and the tangential ear worm was 'Small Hours'

I loved 'Just Let it Go' its chord progression made me happy, but the riff for 'Small Hours' was going to nag at me, until i got it down, i know that if i didn't, it would possibly disappear into the ether, like so many ideas i have had that come and go, came and went,... maybe during Computer crashes or Boot up, or just through a lack of attention that sent me elsewhere and on returning completely forgetting the rhyme or rhythm, ahh all those great tunes i've failed to record... Hit after hit ruined, i could have been a genius, just for a terrible recall... what was that? oh yes...

The other problem that occurs even after recording an idea, happens possibly a couple of weeks, maybe months down the line, when the Jody sends you back a renamed track with lyrics that... sounds familiar, and he says things like... just needs some bass, drums etc, otherwise great, love it... or words to that effect... and you listen to it and think... 'how the hell did i play that' or... even 'who is this?'... so you end up relearning the track from scratch, then going, eventually... 'oh yeah, i re-mem-ber'

This is true, i'm not making this up.

It is because, and here comes the excuse, we don't rehearse, (Yeah that'll do it) a lot of tracks are recorded there and then to keep an idea, unfortunately with so many ideas (not being boastful, it's really quite annoying) it becomes a catalogue of perplexity, but hey... a catalogue none the less.

I probably wouldn't have done much with 'Small Hours' but i sent it to Jody, and he wrote a lyric that made the song much more interesting, not a singing vocal, but a softly spoken one.

The song, although happily recorded, was done quite quickly, but for some reason i took a hammer and chisel to it, i heard it differently, and felt it needed something else, that something else was a remix , called Speed Dreaming Mix.

So after all that '...must record this riff, ...must record this riff' I got rid of it and started again. I don't do many remixes, mainly due to a lack of time, but also err apathy, perhaps if i come to a block in creativity i will revisit some tracks and throw the stems (individual tracks) into the air and see how they land, or maybe not.

For this track, i'll admit to being happy with the result.

There is a lot more room in the song, i do tend to 'fill' the track and it was nice just to have lots of open clean space, it had the atmosphere that i was looking for, and to me, does the words more justice.

Taking it in my stride

The song 'Just Let it Go' is a dedication to 3 people who passed during a very short amount of time, Jody lost both his Father (Joe) and his Mother (Jean) within weeks of one another and i lost my brother (Ashley) shortly before. While not wishing on getting lost in melancholy, i cannot begin to explain this track or talk about it without touching on this subject, as that is what this song is about, while the musics interpretation is always up for grabs, as it is generally controlled by the lyrics, the emotion was ripe for the picking.

I don't know if the song made either of us feel better, i can, after all, only really speak for myself, but it was a genuine release.

Though i had written a couple of tracks regarding the passing of my brother, (mainly a track called 'Fly' and a later one called 'Lunar' but also a track before that, that was aimed at him, if you like, but came too late to make a difference, called 'Life in a Bottle' ) but this was again something that we (Jody and myself) shared, a massive feeling of loss that needed exercising, or indeed maybe exorcising in my case.

And then there was the Video. The original video was much more than a placeholder, it was poignant, thoughtful and serene. As is generally the case, it was Jody that put the video together.

It wasn't until August 2014 that we filmed the real video, and as it shows in the film 'Walking to the Trees', and the other snippet below, that it was filmed with a smile.

After finishing filming 'Feathers' (which is another blog entirely) we had light left in the day, as the sun shuffled down the sky, so we walked down to our rows of Ash trees, (which are all very healthy, thank you for asking) to film.

With us on this adventure was the lovely José ... Jody's Videographer and our splendid cameraman, who was being guided backwards by Julia (my better half) I will always remember José very fondly not just because of the line 'Where We Go?' but because he was (I say 'was', there is nothing wrong with him) just such a lovely guy... But more on him and the filming that took place that summer in another blog.

We were writing and recording quite frequently now and the amount of tracks were beginning to build into a happy little assemblage... Keeping us busy, inspiration flowing, ideas emerging like zen, cyan sky thinking, pushing that envelope... until all the contents have fallen from it onto the passing sparrow of doubt who smiles up at the effervescent sun that looks down and says to him quietly... 'You need a stamp'

Anyway enough for this week, next week will be different, as it is not Half Term. Blog number 4 will be or might be or could be that very blog i mentioned at the beginning, it is threatening, it is going to happen, but to the where how who and when i yet cannot commit.

For all those that have read, bless your souls

With Peace in mind 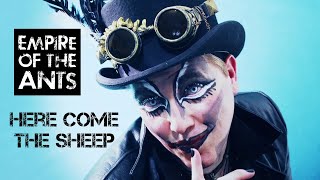 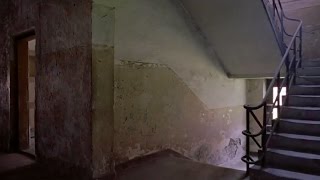 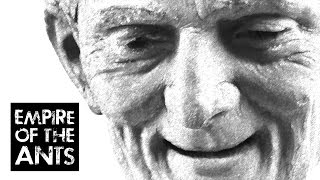